Vanadrottning translates to ‘queen of the Vanir’, referring to the goddess Gullveig from the Norse mythology. She is known mostly from the tale of the war between the Aesir and the Vanir, when she was captured and burned alive by Oden and his herd. Each time they burned her she would be born anew, dying three times and resurrected three times, each time in immense agony.

The band says: “This album has been an absolute joy to create, but like the goddess Gullveig, we have also endured a great deal of pain for it. We hope you will love the album as much as we ourselves do!”

Compared to previous records, one can expect a heavier, more powerful and rhythmic sound, together with a fantastic new voice brought by their latest addition Martin. The sound is dynamic, fresh and thrilling album with the band pushing the boundaries and taking their unique music to a new level. With Vanadrottning and their 10th anniversary celebrations, the Grimner Vikings continue their journey towards new adventures.

Artwork was made by Mattias Frisk at Metal Album Art. 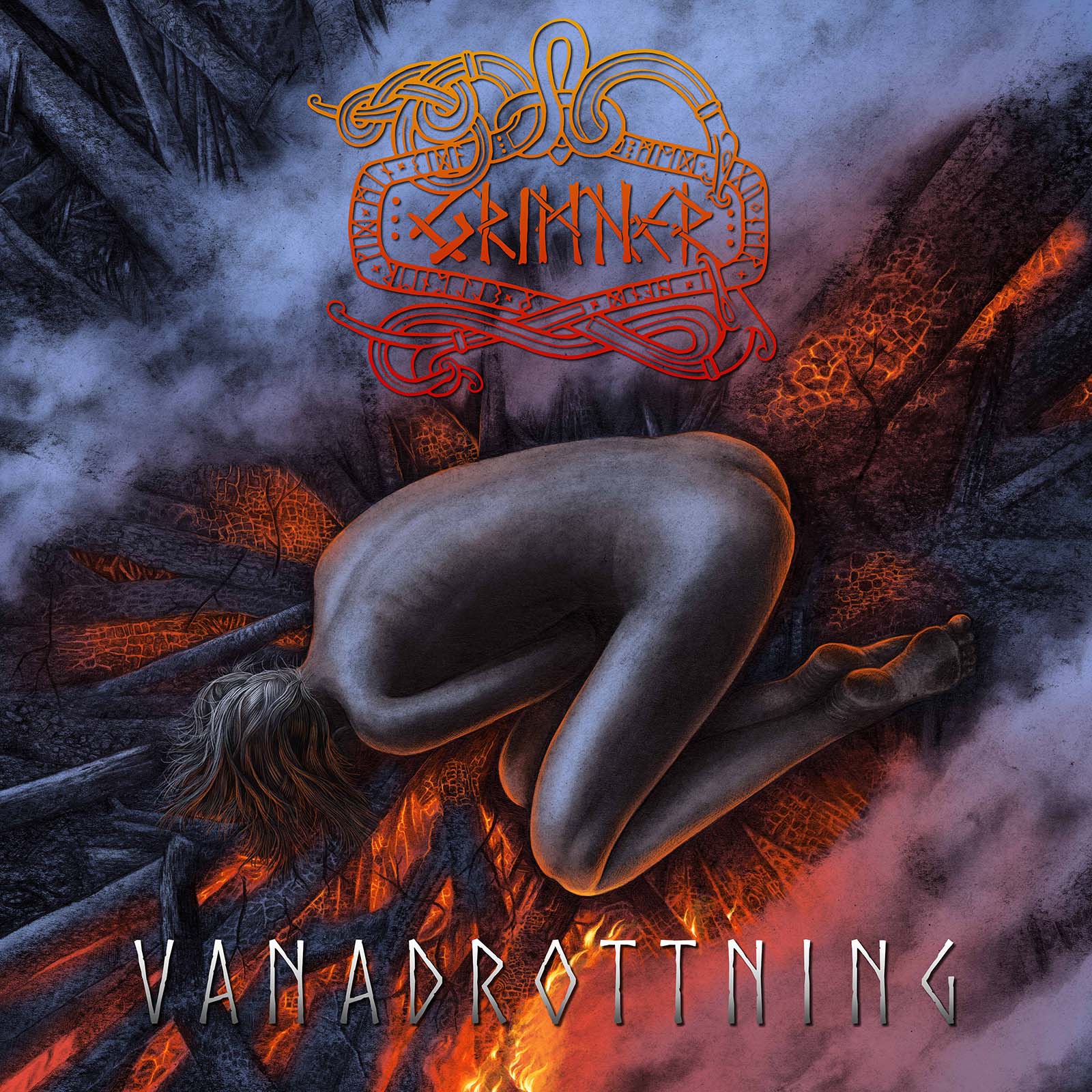 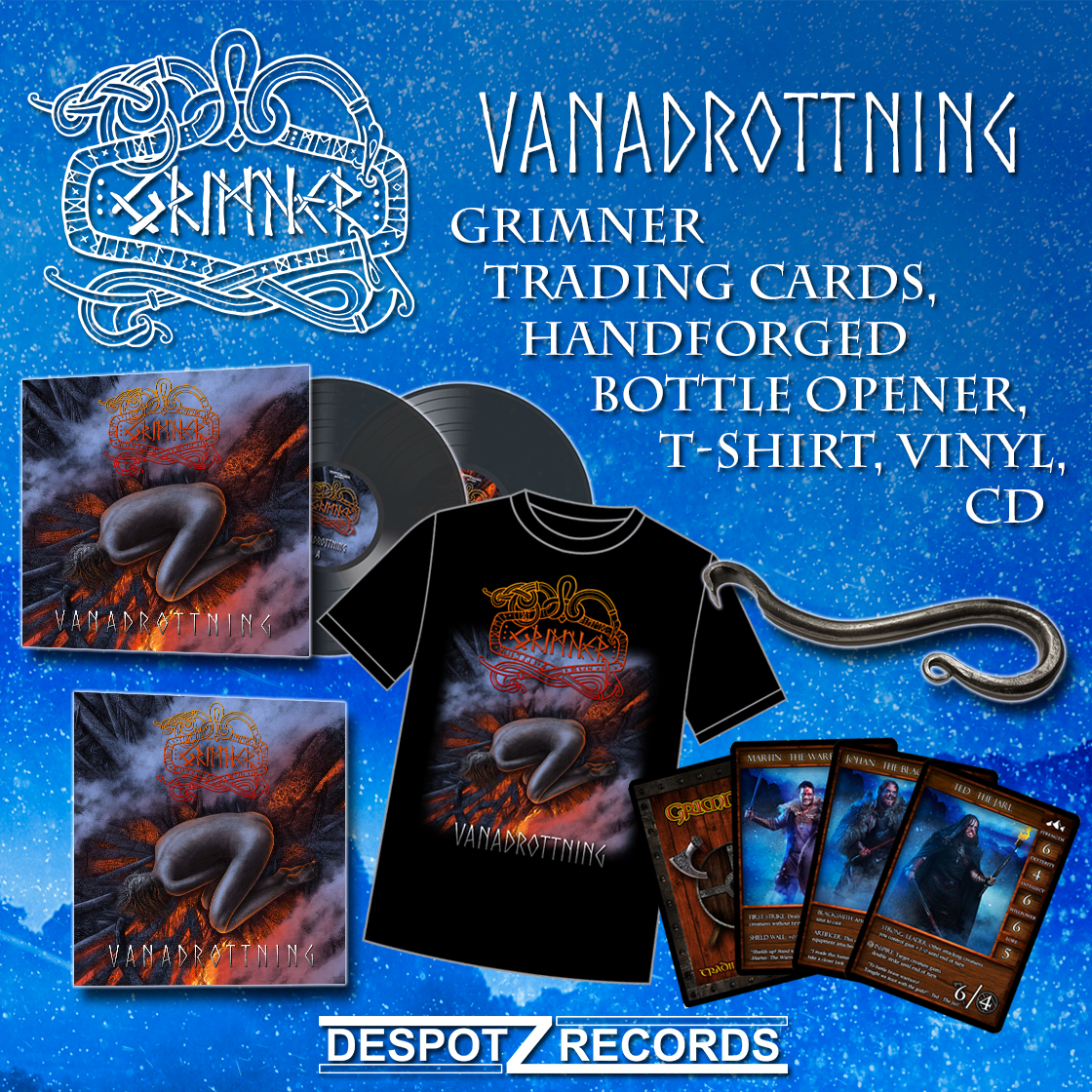